I have gained 10 lbs since Ashley moved out “officially” April 5th.  I chalk it up to not walking past her apartment anymore – that, and depression.  I am clearly depressed now that she is gone… I really had hopes for us.  Tonight I posted on my Facebook:  “I am 100% certain that you are the person I want to be with, and if you were here right now, I would, without a doubt, ask you to marry me, and I don’t think I would regret that decision. I am here when the time is right. Whatever form you come back in my life, I will be here, waiting.”

I really miss her… I also sent her a picture of the moon: 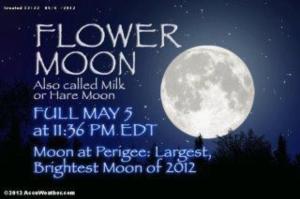 because it’s supposed to be a full moon tonight…  I honestly don’t even know whether or not she receives my messages.  People will probably think I am crazy, but then again, they probably also think that Noah in the Notebook was crazy.  I definitely share his mentality.

I am certainly open to other relationships and am not closing myself off to the chance of love or loving another, but I know that Ashley and I could be happy together… fulfilled.  I have learned my lesson and learned from the mistakes of yesterday… 9 years ago.

Noah in the Notebook waited over 7 years for Allie… It has been 9 years, and I am still waiting on Ashley to return… the difference is that her and I have stayed in contact since we broke up.  She just hasn’t talked to me for a year and a half… she randomly cut me out of her life out of nowhere.

Anyway, I just wanted to express a little tonight.  I am going to go work out now on my favorite work out machine – the row machine :-)

I love the conviction in this particular performance, especially beginning at “2:38”:

“How long will you run and hide and dance with shadows, my love?”

It doesn’t matter how many times I post this or how many posts I make, it won’t [can’t] stop you from being yourself… that is a decision you have to make yourself.

My mother did it, and she is still riddled with blame, self-denial, guilt, and regret.

But every once in a while I will see glimmers of who she used to be… who she is beneath the surface, when she’s honest with herself and others.

Ashley and I’s number is “17.”  She would dare to do the unspeakable.  It’s funny because she had told me to go to this station… now called “Iheartradio,” saying that she “loved” Shinedown, and I shit you not, I go to it, 5 years later and SHINEDOWN is on the front page…

It’s eerie.  Anyway, this isn’t the original video that I saw, but one similar… the original was live in New York on November 17th, 2005.  And right when he says his first “I Dare You,” I think of Ashley completely.

He has truly admirable qualities… a good head on his shoulder’s, passion, conviction, sincerity, loyalty.  When he says “Call me a liar,” you cannot dispute his authenticity.  He knows the truth and it’s irrefutable.

I feel like I should give my very worst fear a  voice.  I feel like I should say, right now, “I’m afraid she’s going to call me up and tell me that she’s marrying someone.”  Another part of me doesn’t want to write that on this page and put it “out” there.

I feel like I am missing out on her life right now… so many things… her grandmother – is she still alive?  How’s Wesley? etc.

Yet another part of me trusts that things will turn out the way that they should.  You know, it sucks when you know things that other people don’t… yet you have to remain silent.  I know some things are better of kept a secret.  I also don’t want to, and won’t, die pretending I don’t care.  I cannot, for the life of me, be someone that I am not.

There exists an unspeakable, undeniable truth.

“All We Are” by One Republic

I tried to paint you a picture, the colors were all wrong
Black and white didn’t fit you and all along,
You were shaded with patience, your strokes of everything
That I need just to make it, and I believe that…
Time can tear you apart
But it won’t break anything that you are, you are

We won’t say our goodbyes you know it’s better that way
We won’t break, we won’t die
It’s just a moment of change
All we are, all we are, is everything that’s right
All we need, all we need, a lover’s alibi

I walked a minute in your shoes, they never would’ve fit
I figured there’s nothing to lose,
I need to get some perspective on these words before I write them down
You’re an island and my ship has run aground
Lord knows I’ll fail you time and again,
But you and me we’re alright

We won’t say our goodbyes you know its better that way
We won’t break, we won’t die
It’s just a moment of change
All we are, all we are, is everything that’s right
All we need all we need, a lover’s alibi

Every single day that I can breathe, you change my philosophy
I’m never gonna let you pass me by
So don’t say your goodbyes you know its better that way
We won’t break, we won’t die
It’s just a moment of change

So don’t say our goodbyes you know its better
We won’t break, we won’t die

He took the words out of my mouth…

“Once more you tell those lies to me
Why can’t you just be straight up with honesty?”
-Bullet for my Valentine.

Ashley is in town tonight, and I am wondering if maybe subconsciously I am upset with the way things are between us.  I guess more than anything I am upset with myself.  Really, I am just upset with the situation.  I am bothered that she (or it feels like, anyway) is “pouting” and not talking to me.  I am sure she has good reasons, but at the same time I would like to think she can just get over it.  I don’t mean that insensitively, although I suppose it can be taken that way.  I guess I am just tired of the wall… the distance… what feels like separation.  I just want to be over it and communicating again and be supportive of one another.

I understand I offended her, and I am so sorry for that.  Trust me, I have learned my lesson.  I did not mean to violate her boundaries in any way.  I was young and naive.  You can really learn a lot in a short time.  I have learned a lot of valuable lessons in the time that I have been away from her, and I will be honest, I miss our friendship.

Anyway, she’s here in town, and I am left to sit with my feelings… Sometimes I get angry; sometimes I get sad, and I just want to go out on the town.  Yeah, people change, but there is always that part of us that remains the same.

“What’s meant to be, will be.”  I truly believe that “Everything happens for a reason.”